A child badly affected by divorce and dysfunction, Laban sought validation and escapism in all the wrong places.

But through self-discovery, not being afraid to ask for help and a ton of hard work, he conquered the full gamut of addictions—alcohol, sex, gambling, drugs, and negative self-talk.

By understanding and then reverse-engineering the root cause of why he needed to escape, giving up his addictions was almost effortless. These days he gets his high from ultra-marathon running and searching the planet for the world’s best steak!

Today, he defines the word transformation. Reshaping his body by swapping sixty pounds of body fat with thirty pounds of muscle and bone, he discovered a simple cure for his “incurable” auto-immune disease in the process.

Now physically, mentally, spiritually, and emotionally in charge of his own destiny, Laban’s journey continues to inspire those ready to change their lives.

An exemplar and a revolutionary, he revels in unabashedly sharing what he’s learned: how to conquer the demons you don’t know you have, and how to be unstoppable in getting to where you want to be.

Laban’s debut and internationally acclaimed book “Bet on You” is a “can’t put down” must-read with its raw, real, hilarious, and inspiring message of hope.

Known affectionately as The World’s Best Courage Coach, Laban shares his life in Mexico with his smoking hot wife, the bravest person he knows and the future mother of their children, Anna!

What Everyone is Saying…

A Special Message from James Malinchak 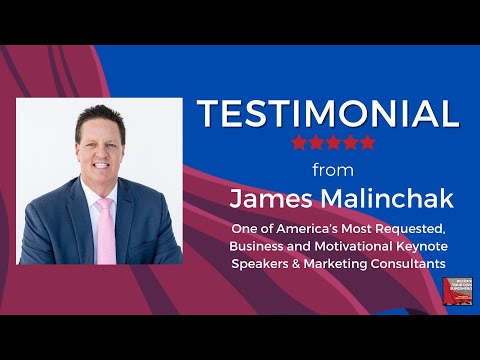 A special message from Lee Silber

The best things always come around by chance (or is it?). I met Laban last year and was blown away by his story, he is such an inspirational human. So much so after seeing and hearing passionately about his transformation, his passion made me believe in myself. I actioned the advice he gave me and was so ecstatic to share with him my results. Everything he said would happen is happening.

I met with Laban a few times during 2019. It started off as a general recruitment business as we were both connected to the industry but I was inspired by his commitment to health & well being and how he had made a lot of positive changes to his way of life. Having got too comfortable with my own eating and drinking, meeting with Laban definitely gave me the kick up the backside & motivation I needed to start my own journey. His commitment and passion to the relevant topics of fitness, general health & well being and mindfulness are hard to match. It’s very pleasing to see all the good work that he is now producing within this space.

Laban is a great motivator and an excellent coach. I had the honour of him coaching me for my transition into my new role. Three sessions I had with him not only helped me successfully in my transition but also revealed to me potentials in me that I can explore to achieve greater heights in my career. Laban, I do appreciate you and thanks to Tabitha for connecting me to you.

I am so honoured to have Laban as my mentor. From him, I have learned the value of passion, hard-working, and resilience in my career path. He is such an inspiring mentor that I will always remember everything that he has taught me. He believed in me when I struggled with doubt, exhaustion, and uncertainty. That is truly a gift that cannot be repaid.

Laban is a master communicator and has an incredible knack for making anyone, from any walk of life, feel comfortable and supported. I am a binge-listener of his podcast Become Your Own Superhero; partly because of Laban’s phenomenal interviewing skills, partly because he consistently blows me away at the amount of high calibre guests he has on as guests. Although he doesn’t explicitly say it in every episode (although I’m sure he does in some), Laban’s drive behind finding the most amazing people in the world and inviting them on the #BYOS podcast is to bring their knowledge, insights and wisdom to an audience of people who want to learn, grow, and transform and just become a better human.

Laban’s energy and enthusiasm for his own self-development and also paying it forward and helping others are commendable. Whatever Laban puts his mind to, he over-delivers – always.

Head of Community at XY Adviser

Had an opportunity to listen to Laban at one our Team day. Interesting to see no PowerPoint slides, just pure conversation/sharing experiences and bringing the audience to share their’s. It was like sitting around a campfire and having a conversation. Simple and very effective!

Highly recommend Laban – he ran a fantastic session with my team this week, with a very refreshing, memorable approach & style. His stories resonate with my people and they took away a number of inspiring messages from his talk. If you want to take a break from Powerpoint and take in a different perspective on life, get Laban in for a chat!

Thank you for the energising and insightful presentation! Laban’s speech was thought-provoking and insightful and he shared his own personal journey as well as valuable resources we can take away to help us on our goals. His speech inspired me to look at my situation from a completely different angle and break away from some of the inner boundaries that keep me away from success. I would highly recommend Laban to anyone who is looking to transform any aspect of their lives.

We’ve used many speakers over the years to inspire teams across ANZ, but Laban took the experience to a whole new level.

Not only did he provide specific memorable examples of real life experiences, he did so with great humor and fun. I felt personally he did a great job of teaching and sharing, all the while being super engaging. Laban also provided the perfect balance of humour and inspiration during the session and the audience really connected with Laban, it was clear that he had done his homework to send our staff out with messages of inspiration and aspiration for both their professional and personal lives.  Laban graciously stayed to for anyone to ask questions and valuable advice; we were all very humbled by his down to earth demeanour.

We would love to have Laban back again, and I would highly recommend Laban for any corporate or personal event.  Laban has revamped the world of Motivational Speaking with his personal touch.” Thank you, Laban, for a presentation our team won’t soon forget!”

Listen to the Podcast

We noticed you're visiting from Australia. We've updated our prices to Australian dollar for your shopping convenience. Use United States (US) dollar instead. Dismiss